Guests who purchase more than one ticket are guaranteed to be sat together. Select the number of tickets required and purchase securely online or order tickets by calling our ticket hotline on 07414 960956.

This event is all seated. All Tables seat 8 guests. Guests who purchase together will be automatically seated together.  Tickets can be bought in all denominations. All tickets will be emailed on the next Monday following purchase. To save booking fees or to request company invoices please call 07414960956 or email info@mjksportsevents.co.uk

Invoices available via sales@mjksportsevents.co.uk or by calling 07414 960956.

On September 20th 2018 Celebrity Life Stories once again have the privilege of hosting an event with Sir Ran as the special guest and to say we are thrilled is an understatement.

Following recent sell out shows on behalf of WaterAid at the Ramside Hall Hotel, in Durham, and the Grand Connaught Rooms, in London then a more intimate night at the Bingley arts centre the audiences were captivated by the stories and left open-mouthed at the challenges faced and conquered by Sir Ran, his first wife Ginny and countless colleagues like Dr Mike Stroud, who have faced every challenge with him.

If you have not seen him live then this event is an absolute must. 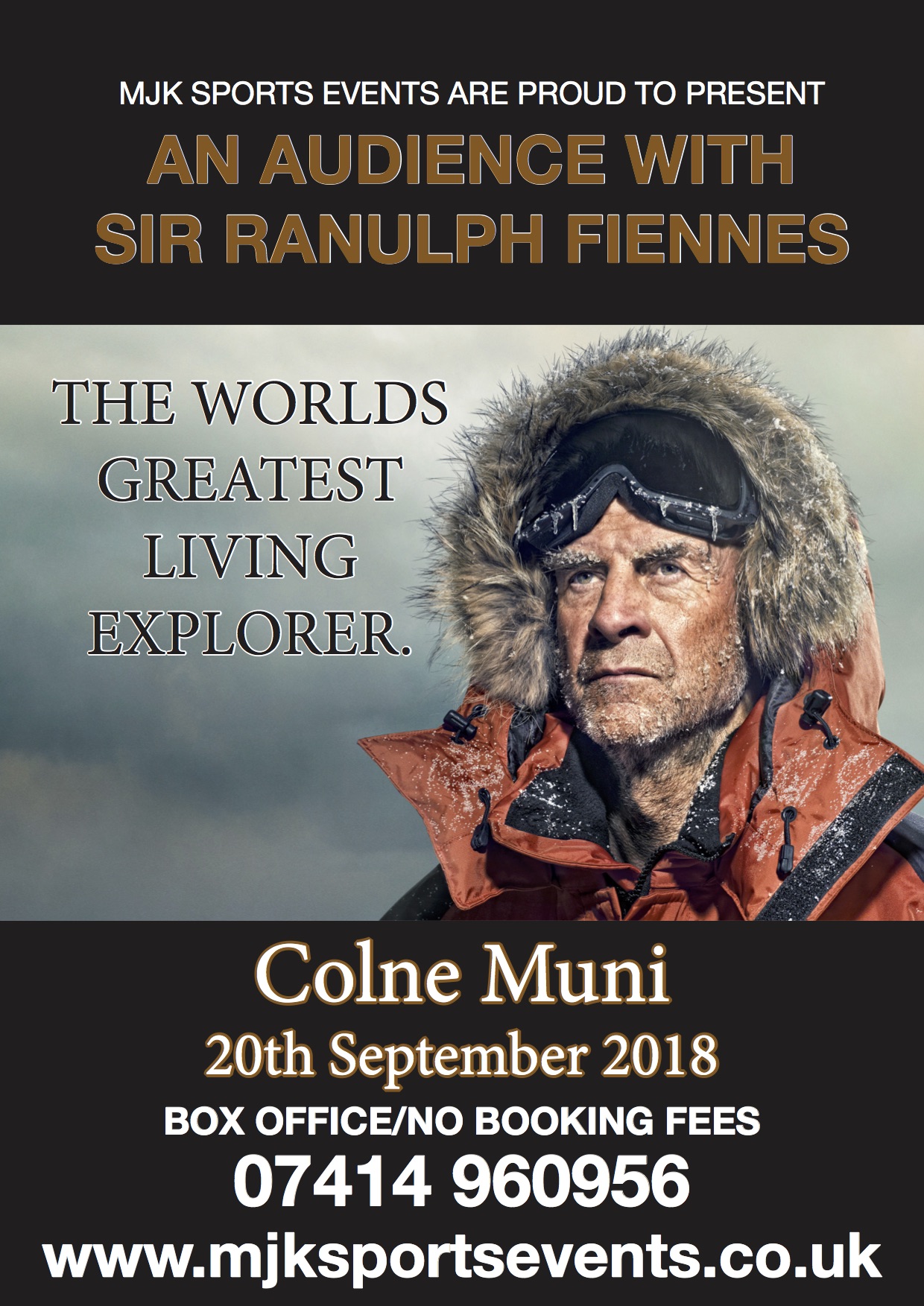